A friend recently asked for my advice & help making a bellydance costume for her for Halloween. (Squee!) I was of course happy to oblige! :) I convinced her that if she intended to twirl in her big dance skirt, she should probably make some pantaloons to wear with it, to keep modest. I then proceded to blow her mind a bit when I told her we didn't need a pattern to make them. I've made a few pairs of pantaloons in my day, with different variations each time. I've looked online at several tutorials throughout the years, and have come up with my own best-fit conglomeration of how I like to make them. I typed up my destructions for my friend, & thought I'd share them here. Images are courtesy of Shambling Shimmies: http://www.shamblingshimmies.com/2011/02/01/how-to-make-your-own-pantaloons/

Now if you're not familiar with bellydance costuming, you may be wondering, "Just what the heck are pantaloons?" Pantaloons are comfy, baggy pants with an elastic or drawstring waist. They are quite a bit longer than your legs, with elastic or ties at the ankles, allowing them to poof & puddle over your feet. They are great for bellydancing costumes as a way to keep from flashing everyone when you spin. They also make awesome lounge pants.

Good fabrics for pantaloons include cottons that will breathe, such as gauze or broadcloth. Pantaloons are typically worn underneath of at least one skirt. While you can make some beautiful pantaloons with silks, satins, & taffetas, keep in mind that these fabrics don’t allow any airflow and will become HOT. Think of where & when you’ll be wearing this pair of pantaloons (inside, outside, hot weather, cold weather, climate controlled environment, under four skirts, by themselves/with no skirts) & choose your fabric accordingly.

Look at the pretty pantaloons! We're all rocking 4-yarders here. 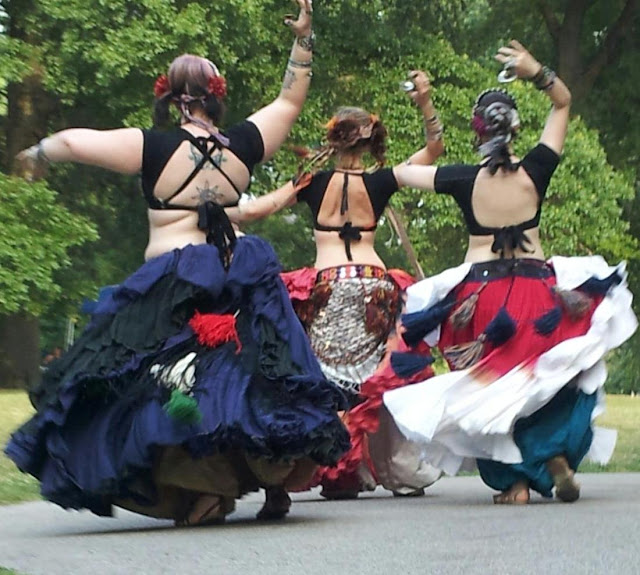 Easy Length: If you get 45” wide fabric, use the full width as the length of the pants.
Precise Length (for those who are rather tall, rather short, or just want to be particular about things): measure from where you want the pants to sit on your hips/waist to the floor. Add 8” for drape & seam allowance.

Lay your fabric out so that the selveges aren’t touching & there’s no fold in the fabric. Fold in half to make the two cut edges meet. Cut along the fold to get two pieces of fabric. 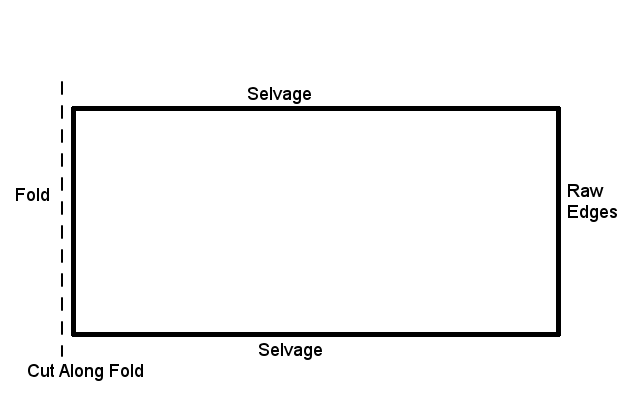 Keeping the two layers of fabric together, fold in half again to make the raw edges meet. (Ignore the part in the diagrams that refer to an edge of added strips.) 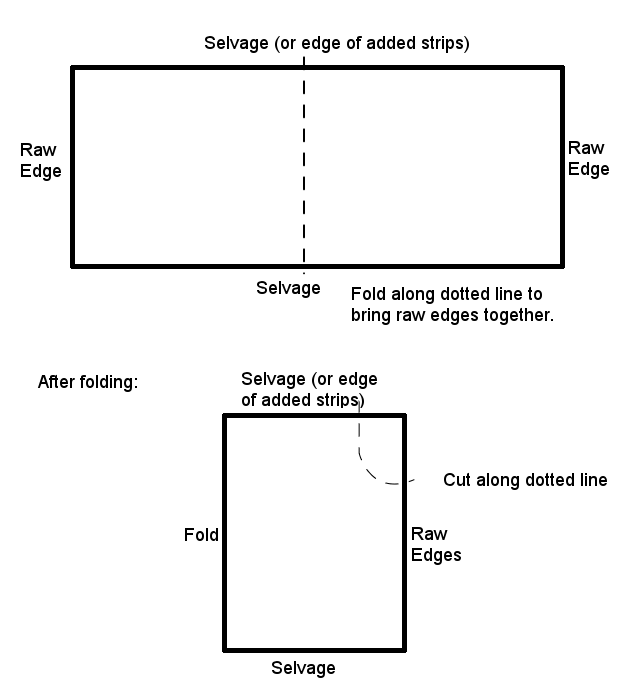 Now separate the two pieces of fabric. With one of the pieces, fold it right sides together so that the bottom of the crotch curve on each side matches up. Sew down the length of the pant leg. 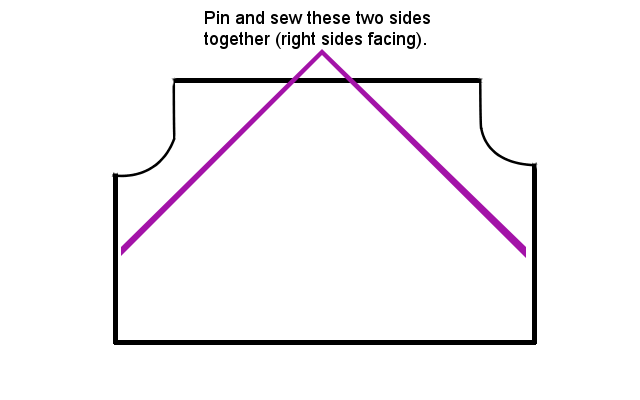 Repeat with the other piece of fabric. You now have two tubes.

If you want less bulk at the waist when you wear your pants, pleat the waist before making the waistband casing. Be sure, after pleating, that the waist is still large enough to go over your hips easily.

Press the waist down ½” to the inside, then down again 1 ½” from the first press line, again to the inside. Stitch the folded waistband, leaving a 2” gap to allow you to put in a drawstring or elastic. Insert your elastic or drawstring.

Variations:
The above tutorial is the most basic & easiest way I've found to make pantaloons, but there are other tweaks you can make to the recipe.
Questions? Ask away!
Posted by Vicky at 8:46 AM